Amidst the many challenges these past months, The Flagstaff Symphony Orchestra has remained determined to keep the music alive! We’ve made the decision, due to Coronavirus- imposed restrictions, that both of the fall concerts will move to backup dates already scheduled in March and May. The health and safety of our patrons continues to guide our planning and deliberate decision making on upcoming programming. READ MORE HERE. 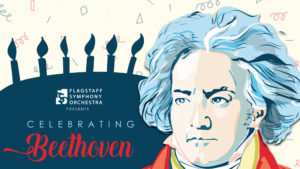 Flagstaff Symphony Orchestra is proud to announce their 2020/2021 season! The season kicks off by celebrating Beethoven’s 250th birthday! “Celebrating Beethoven,” is a selection of the most famous movements from four of Beethoven’s nine symphonic masterpieces in a “Symphony of Symphonies.” Also included in this electrifying program is Beethoven’s heroic “Emperor’s Concerto” with pianist Jeffrey Swann, and American composer Michael Torke’s ingenious homage to Beethoven titled Ash. 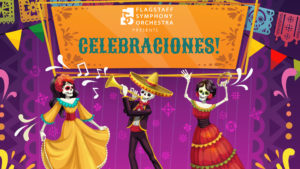 FSO is thrilled to highlight the culture of the traditional Mexican holiday, Día de los Muertos with their concert, “Celebraciones!” In collaboration with the Museum of Northern Arizona’s “Celebraciones de la Gente,” joining us for this spectacular celebration will be Flagstaff’s own Ballet Folklorico de Colores, presenting a traditional Mexican folk dance to Jose Moncayo’s Huapango. 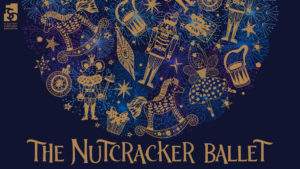 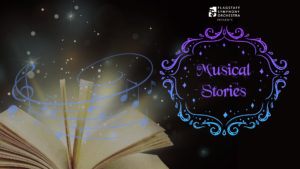 We begin the new year with “Musical Stories.” A magical program showcasing some of the most beloved children’s stories depicted in the orchestral repertoire, including Peter and the Wolf, conducted by special guest Daniel O’Bryant from NAU, with FSO’s Maestro Charles Latshaw narrating. The program will also feature talented string students from throughout the region performing alongside our FSO professionals. 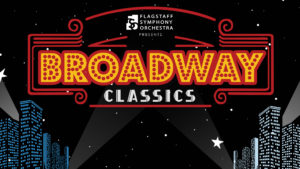 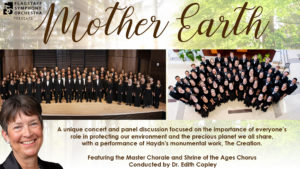 We end our season with the unique concert, “Mother Earth” and discussion focused on the importance of everyone’s role in protecting our environment and the precious planet we all share, with a specific focus on two related emergencies, public health and climate change. In addition to the performance of Haydn’s monumental work, The Creation, performed by The Master Chorale of Flagstaff and the Shrine of the Ages choir from Northern Arizona University, and conducted by Dr. Edith A. Copley, the program will feature a panel before the concert of environmental, science and public health experts discussing these existential issues.

THANK YOU for your support during our 71st season and hope to see you at an upcoming concert or event!