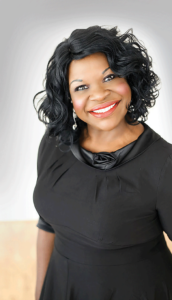 Guest vocalist Laurice Lanier will prompt memories and touch hearts with her range of songs. Featuring hits such as Al Green’s “Let’s Stay Together,” Barbra Streisand’s” The Way We Were,” “Skyfall” by Adele,  and ”The Greatest Love of All” by Whitney Houston, the show covers favorite tunes from several decades of pop music.

For good measure, the concert will also include “Thunder and Lightning Polka” by Strauss, and the beautiful “Intermezzo” from Cavalleria Rusticana by Mascagni. But Michael Jackson’s “Rock With You” may have the audience dancing in the aisles. From Etta James’s unforgettable “At Last” to Destiny Child’s “Stand Up for Love,” the broad selection of hits will please all ages.

Currently Director of Music Ministries for First United Methodist Church in Atlanta, Texas, Ms. Lanier grew up as a preacher’s daughter in Jackson, Tenn.  Her love of singing and performance took her to Manhattan’s Juilliard School, where she studied with Edith Bers. She has performed on Broadway, in performance and concert halls, opera houses and churches across the U.S. and abroad. Her repertoire includes opera, jazz, blues and soul.

“When Laurice sings you forget the bad in your life,” said Meeno Feenstra, the Artistic Director of the Royal Opera House. Ms. Lanier was named by Maryland Public Television “one of the most versatile voices on the planet.” The FSO program will showcase the breadth of her ability to tackle a wide range of performers and styles with the songs that audiences love. And the audience will get to enjoy these songs backed by a full symphony orchestra.