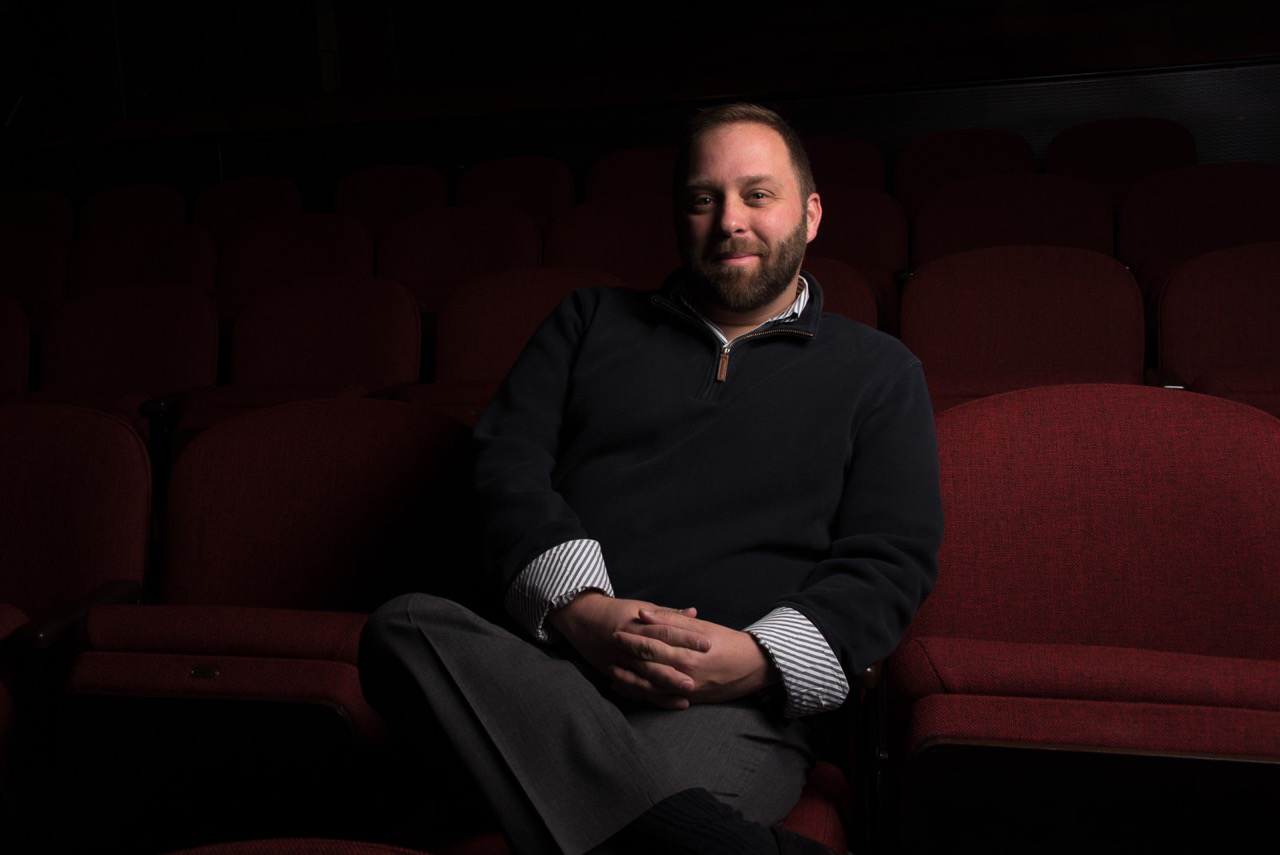 The Flagstaff Symphony Orchestra (FSO) opens its sixty-eighth season with a new Music Director at the helm. Maestro Charles Latshaw will conduct the performance at Ardrey Memorial Auditorium on the campus of Northern Arizona University, Friday, Sept. 29, at 7:30 pm.

With Beethoven’s rousing “Coriolan Overture” (1807) opening the concert, Latshaw has selected a program that includes the Mozart “Horn Concerto #4,” performed by Jeff Nelsen. Nelsen’s wife Nina joins the program, singing “Songs of a Wayfarer” by Gustav Mahler. Also on the program are “Remembering the Future” by contemporary American composer Ryan O’Connell, and the “Háry János Suite” by Zoltán Kodály, the popular Hungarian composer (1882-1967).

Latshaw was selected for the post from last season’s “audition” concerts led by the four final candidates vying to fill the vacancy left by Elizabeth Schulze, who had conducted FSO for nine years.  He conducted FSO in Tchaikovsky’s monumental Fourth Symphony in October, 2016.

Concurrently the Music Director of the Grand Junction Symphony Orchestra (Colorado), until 2016 Latshaw was the director of the Kent/Blossom Music Festival (Ohio)and the Kent State University Orchestra. He previously served as Artistic Director and Conductor of the Bloomington Symphony Orchestra in Indiana. Latshaw has also held conducting positions with the Indianapolis Symphony, Columbus Indiana Philharmonic, Washington Sinfonietta, and Ars Nova Chamber Orchestra. He was selected by members of the Vienna Philharmonic to be the Herbert von Karajan conducting fellow in 2007. He holds a master’s degree and a doctorate in instrumental conducting from the Indiana University Jacobs School of Music.

The soloist for the Mozart concerto, Jeff Nelsen, a highly regarded hornist, toured and recorded with Canadian Brass for eight years, and has performed concerti and chamber music on six continents.  Currently he is professor of horn at Indiana University Jacobs School of Music. Since giving his celebrated 2011 TEDx Talk about “Fearless Performance,” he founded Fearless Performance LLC, a company that focuses on training musicians to consistently perform their best.

Nina Yoshida Nelsen, mezzo-soprano, has performed numerous operatic roles in the U.S. and England, including 75 performances as Suzuki in Puccini’s “Madama Butterfly.” Mahler’s touching “Songs of a Wayfarer” (orchestrated in 1896) are an autobiographical depiction of the end of a love affair, mixing images of young love with the melancholy of loss.

A pre-concert conversation with Maestro Latshaw will begin at 6:30 pm. For tickets, contact the NAU Central Ticket Office, 523-5661.

The orchestra’s 68th season consists of five Masterworks concerts of classical music, as well as two performances of Tchaikovsky’s beloved ballet “The Nutcracker” in December, with the NAU Community Music and Dance Academy Troupe.  In March, a special “Motown & Classics” concert featuring singer Laurice Lanier highlights music from the ‘60s. The season ends April 20, 2018, with Beethoven’s “Symphony No. 9,” along with the voices of NAU’s Shrine of the Ages Choir and the Master Chorale of Flagstaff.  For more information about the programs, contact the FSO office at 928-774-5107, or flagstaffsymphony.org.

ABOUT THE FLAGSTAFF SYMPHONY ORCHESTRA
The mission of the Flagstaff Symphony Orchestra is to enrich, engage, and inspire our community through the performance of orchestral music. Founded in 1950, the FSO is a regional orchestra of more than 60 musicians that reaches an audience of more than 14,000 each season. Beginning its 68th season, it is the largest and most active nonprofit performing arts organization in northern Arizona.